Frogmore Chairman Paul White is amongst the investment angels who have contributed to the first round funding to the upscaling of AllBright, the working women’s collective founded by Debbie Wosskow OBE and Anna Jones.

Based in a former Bloomsbury art gallery, AllBright is a women-only social members’ club and co-working space, and home to the AllBright Academy, an accelerator programme for women wishing to start or scale up their own businesses.

Such has been the success of the AllBright Collective and Academy – they have successfully backed six female led businesses since their launch (including Chiaro, the smart consumer devices company, and Piccolo, an organic baby food brand), they are now set to launch two new centres in London and Manchester to build their community and nurture female business talent.

Debbie Wosskow says “We are delighted to be working with our group of angel investors.  We hope we can make the UK a great place for female founders and executives.  We’re excited for the next stage of scaling up our platform, events and funding over the coming months”.

Paul White commented,  “With a female Chief Executive in Jo Allen, Frogmore’s recognition of female business talent is self-evident, and I have great confidence in the future of The Allbright.  The success of similar ventures in the US and the impressive track record of Jones and Wosskow convinces me their venture is a solid investment as well as a historic step forward for female-led enterprise”. 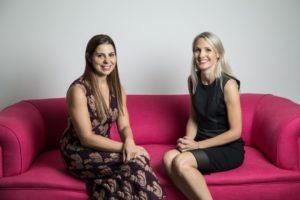