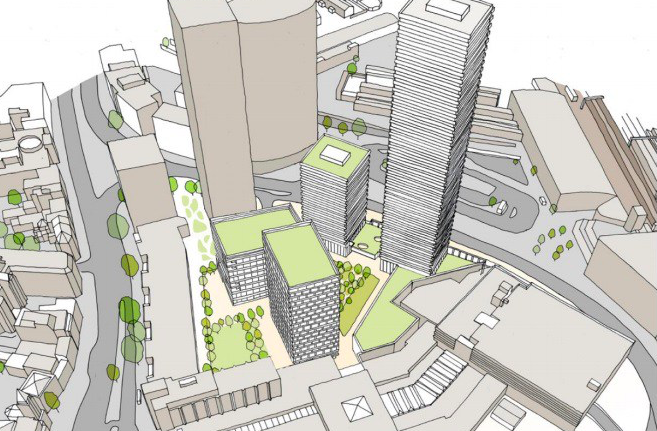 Frogmore has lodged revised plans with the London Borough of Newham for the redevelopment of the Stratford shopping centre in East London. Four towers of up to 500ft are proposed for the site, which sits opposite Stratford’s main transport interchange and URW’s Westfield Stratford City.

Under the new proposals the existing mall, providing 279,300 sq ft of retail arranged over ground and first floor across 62 units, would be retained but an existing 15-storey office block would be demolished. In its place Frogmore proposes:

In its submission Frogmore made it clear that the plans represent current thinking and the proposals are likely to evolve before a formal planning application is submitted.